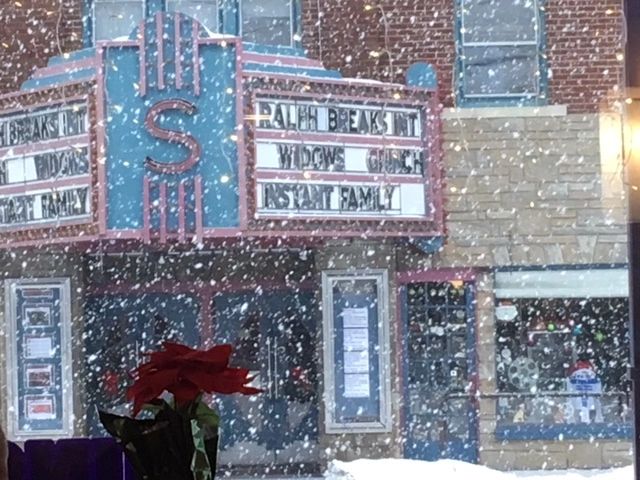 Two cops work together to track down a serial killer that is terrorizing Los Angeles. Denzel Washington, Rami Malek and Jared Leto star in this crime/drama/thriller.  127 min.

In this 1993 classic, Bill Murray plays a weatherman who finds himself inexplicably living the same day over and over again. This comedy/fantasy/romance also features Andy MacDowell and Chris Elliot.  101 min.

A hardened rancher on the Arizona border, who simply wants to be left alone, becomes the unlikely defender of a young  Mexican boy desperately fleeing the cartel assassins who've pursued him into the U.S.  Liam Neeson stars in this action/thriller. 108 min.

Tom Hanks stars as a Civil War veteran who agrees to deliver a girl (played by Helena Zengel), who was taken by the Kiowa people  years ago, to her aunt and uncle, against her will. They travel hundreds  of miles and face grave dangers as they search for a place that they can call home. 118 min.

When Lt. Artemis and her loyal soldiers are transported to a new world,  they engage in a desperate battle for survival against enormous enemies with incredible powers. Milla Jovovich stars in this action/adventure/fantasy based on the video game.  99 min.

We Now Have STRAND T-Shirts!

Sizes small thru 3XL are available (we are currently sold out of 2XL).  The artwork is from the beautiful painting by local artist Greg Klein.  They are available at the theatre.

Read a story about the Strand by Chuck D'Imperio.

The governor announced today (October 17th) that movie theaters can reopen on October 23rd but at only 25% capacity and only if certain other conditions are met.  We working on reopening but we will not be ready to do so by October 23rd.  We will keep you posted!  Note: We reopened on November 20th.

Will Movie Theatres Be Allowed to Reopen Soon?

THANK YOU FOR YOUR SUPPORT!